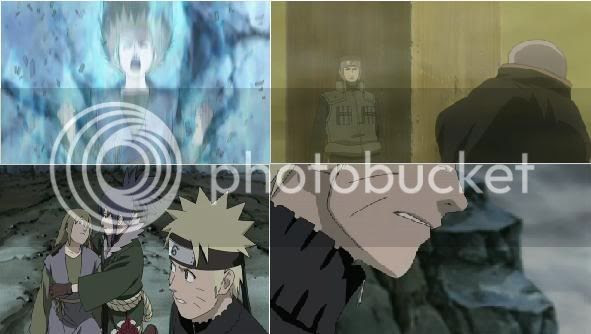 Memory of the Crime.
Even though it is only short, I got to see action from Kakashi, Shino and Yamato. Man, those three were so great! It's been a long time since I get to see Kakashi fighting as well as Shino and Yamato.
It's also great that Yuukimaru forgave Guren for killing his mother a long time ago. Guren has always feel regretful of what she did but even so, she would risk her life to protect Yuukimaru. Next episode would be Guren-Naruto-Kabuto fight. That would be awesome!
Anyway,
Towards the end of the episode, Naruto, Sakura, Hinata and Kiba are talking about Shino's eyes. Just like Kakashi's mouth, Shino's eyes are also a mystery. So the 4 of them are speculating as to how Shino's eyes look like: 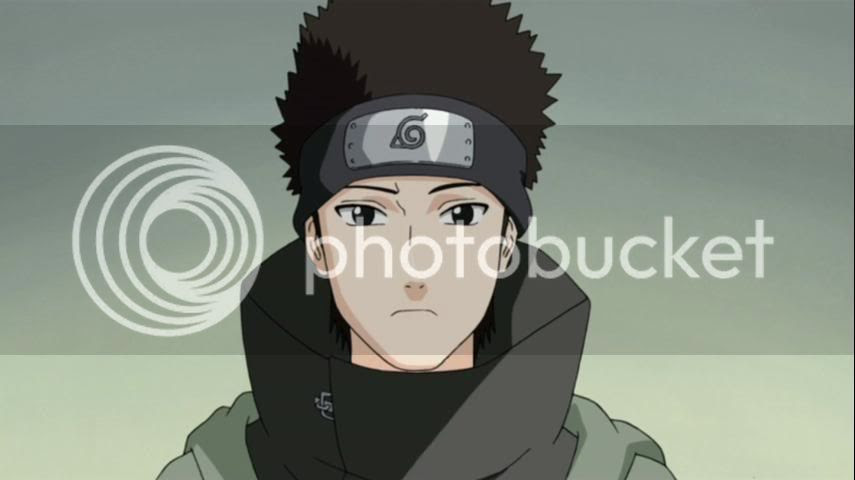 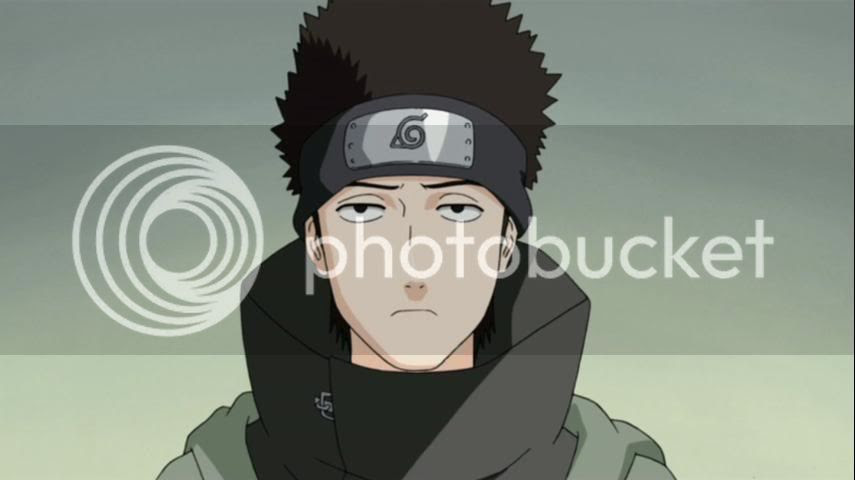 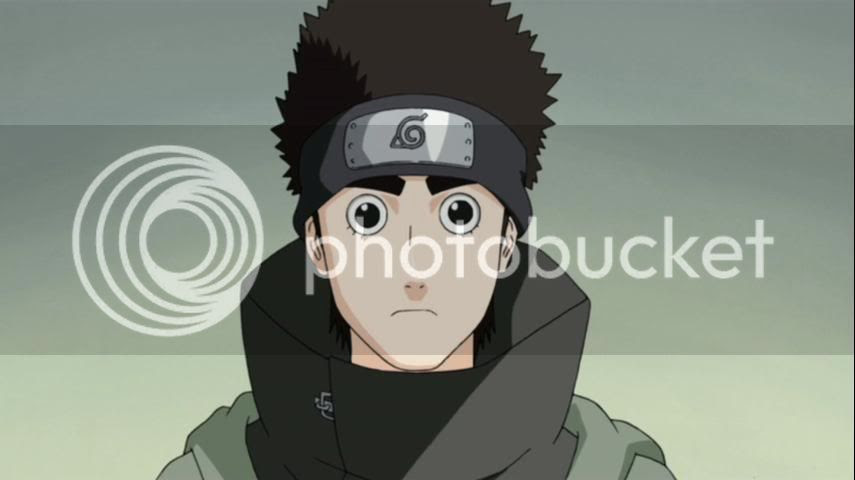 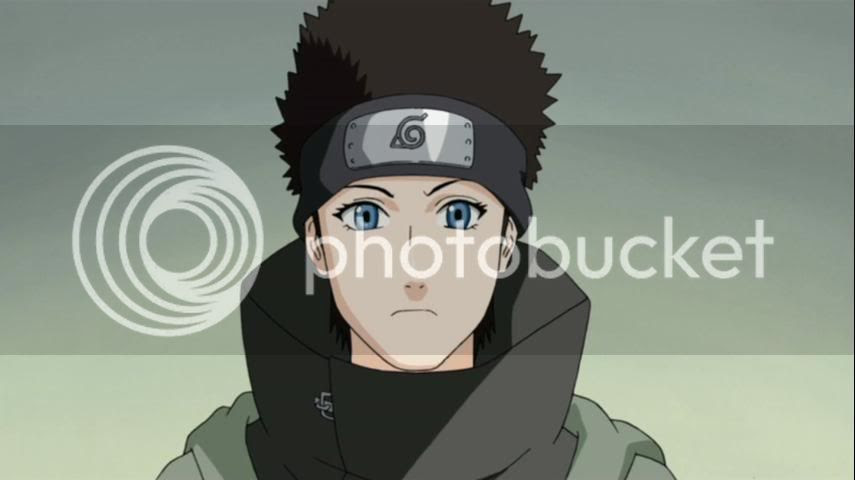 What do you think? I think I like Shino with Sasuke's eyes! He looked serious yet cute. Hahaha!
Served by xtine06 Time: 11:16 AM