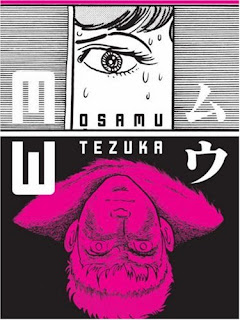 The drama is titled "MW Chapter 0: Akuma no Game" (Devil's Game) and is set several months before the actual story in Tezuka's manga. The main character is man named Takashi Morioka, who has lost his job and his home due to a recession. He ends up falling into a trap set by the diabolical Michio Yuuki (Tamaki), and in order to protect the things important to him, he is forced to stain his hands in evil. 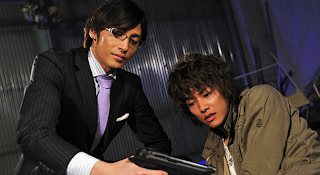 Rising actor Takeru Sato (Mei-chan no Shitsuji, Bloody Monday, ROOKIES), who is best known for fighting on the side of good in "Kamen Rider Den-O," will be taking on the role of Morioka. Like the movie, the drama will be directed by Hitoshi Iwamoto.

To save a beloved one the game starts!
The goal is to kill a man.
This is about two boys wearing a blue and red straitjacket. One of them is the one who killed the mother, and the other is the real father.
On the table is a gun that only contains one bullet.
The time limit for finding the real father is only 60 minutes. What awaits is a devil's game , with treachery after treachery, where no one can predict the shocking ending.
Translated by citzera @ lj.
Served by pinky_fairy10 Time: 11:30 PM