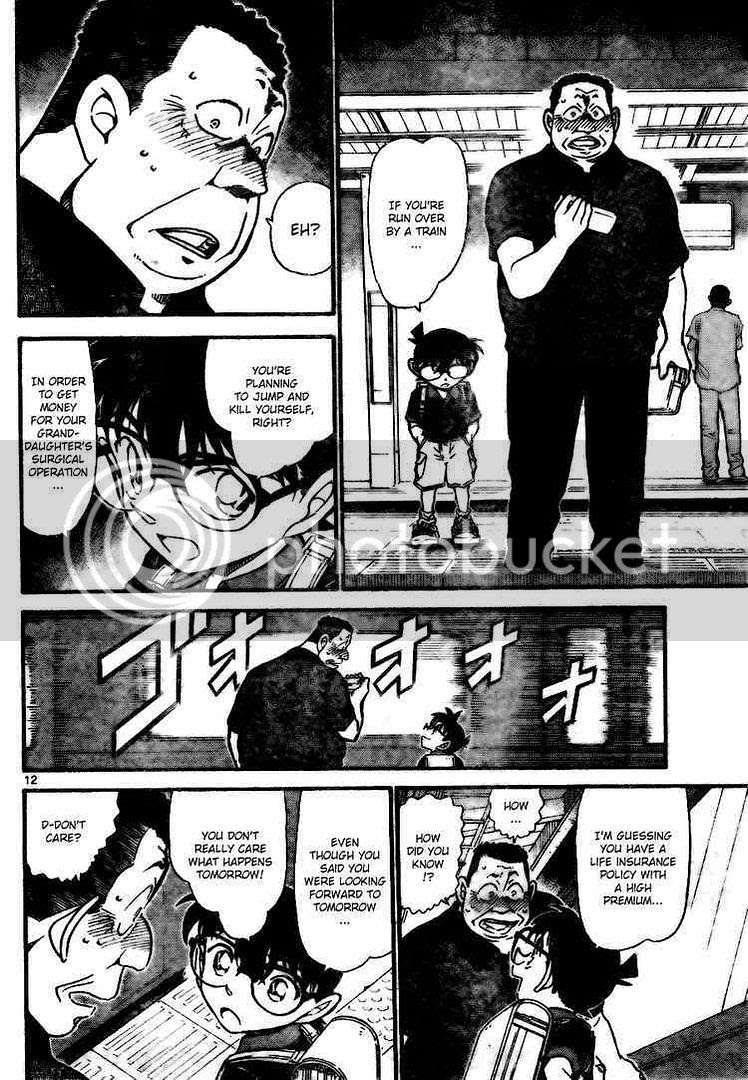 Chapter 699: Tomorrow is There

Tomorrow..tomorrow..I love you tomorrow! Hahaha. Just feels like singing it after reading this one.
This is a unique case. No one died..no bloody murders and culprit who lies but just a simple case of a planned suicide. So after school, the Shounen Tantei met a mere passerby, Daita Kyouzou. He overheard Genta wishing that tomorrow would not come and said that tomorrow is something that he anticipates. He got lots of things that he will do tomorrow like watching the final soccer game and watching the last episode of his favorite drama. But through his body language and word hints, Conan was able to get the idea that this man is just putting up a facade and is planning to die before tomorrow comes. Apparently, Daita-san wanted to die so that he can use his life insurance money to save his granddaughter who is in the hospital because of heart problems. The operation is already scheduled but the financial burden is too much for the family that he considered the thought of robbing banks and killing himself. Good for him, he met Conan and he would have died a guilty death.
I think this case is a breather as I think Chapter 700 will start with another heavy case, though it will be released two weeks after. Even though it's a relatively simple case, it's kinda special for me because I feel the same way like Genta - wishing that tomorrow never comes. But after reading this case, I got strucked and realized the other possibilities that could happen tomorrow.
Well, this is a pretty rough day for me and it's nice to close it with a Detective Conan post :)
Served by xtine06 Time: 11:37 PM