Ryo and Pi caught the Influenza A. 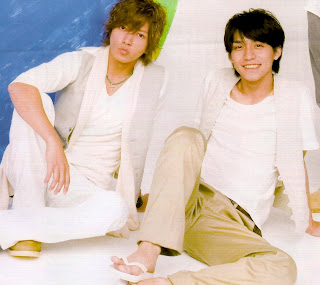 On September 1, through a fax from Johnny's Entertainment, announced that both members from NEWS caught flu and possibly the new strain of Influenza AH1N1 flu. Nishikido was diagnosed last August 31 and Tomohisa on September 1. They are currently resting until they would recover completely as instructed by the doctor.

Also, according to TBS broadcasting company, the next episode of Orthros no Inu that will be aired on September 4 in which Nishikido Ryo stars in, might have some changes in this week's broadcast. Due to the fact that some scenes of Nishikido has not yet been filmed. The future episodes will depend on the recovery of Ryo.

so yeah, no orthros no inu for us this week and probably the following weeks. hopefully ryo and pi will recover completely.