Manga Shojo "Otomen" to be a drama

..because romantic comedy dramas are entertaining, 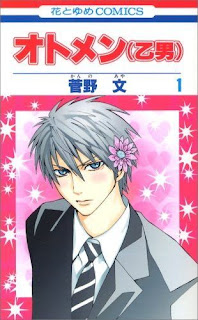 The shojo manga "Otomen" by Aya Kanno is being turned into a live-action drama series this summer. The show, starring Masaki Okada (19), will occupy Fuji TV's Saturday night time slot.

Okada is having a big year in terms of movies, with major roles in "Harufuwei," "Honokaa Boy," "Juryoku Pierrot," and "Boku no Hatsukoi wo Kimi ni Sasagu." However, "Otomen" will be his first starring role in a TV series.

The original manga started in 2006 and is still being serialized in the magazine Bessatsu Hana to Yume. The tankoubon editions have sold more than 2.50 million copies total. Classified as a romantic comedy, "Otomen" centers around the popular high school boy Asuka Masamune (Okada), the top kendo fighter in the nation. However, beneath his cool exterior, he is actually fond of sweets and shojo manga, and is skilled in sewing and cooking. When he instantly falls for the transfer student Ryo Miyakozuka, his secret is in danger of being exposed.

The female lead of Ryo will be played by Kaho (17), who previously worked with Okada in the 2007 movie "Tennen Kokekko" ("A Gentle Breeze in the Village").

The "Otomen" drama will start on August 1, airing every Saturday at 11:10pm.