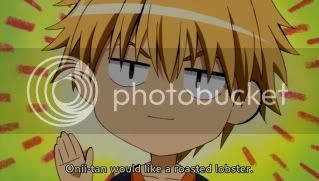 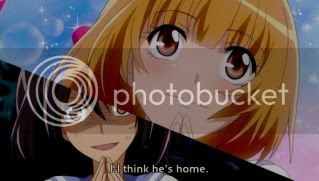 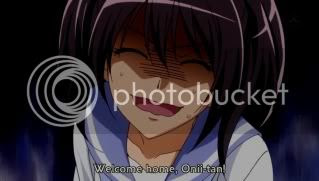 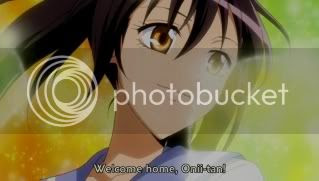 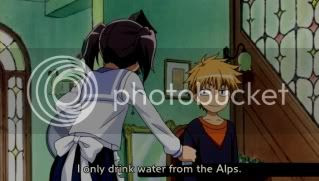 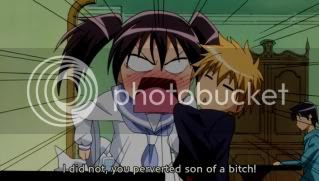 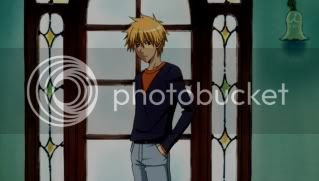 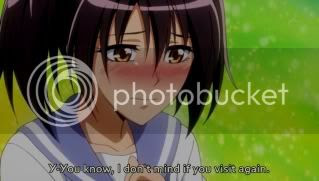 It's imouto day at the maid cafe and so everyone is dressed up like little sisters and the onii-chan are the customers. As for Misa-chan, she is supposed to call her customers "onii-tan" to make it look cuter and sweeter. At first, Misa-chan is struggling but after setting her mind into it and by preparing properly, she was able to pull of the imouto day at the cafe. Of course, everything is also possible with the help of Usui-kun who made her show her "tsundere-moe" side, which perfectly fits her character. Usui teased her and asked for the most impossible of all wishes which made Misa-chan snap and get angry. It ended up with Usui leaving the cafe but Misa-chan's fell for it and wished for onii-tan to come back in a tsundere-ish-moe-ish type of character. 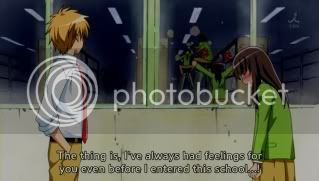 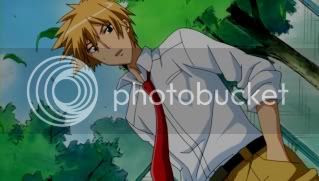 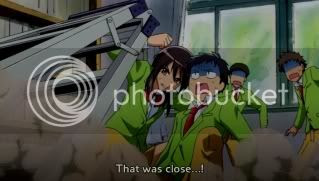 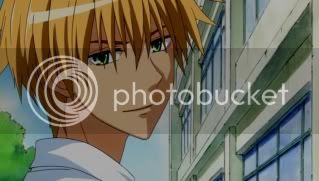 Another student confessed to Usui today and as always, he declined the confession by saying that he is an otaku and moe type of person who is addicted to maids. Well, that's what he is doing very recently but of course the girl didn't believe. She even offered to change herself just to suit Usui's personal taste. I kinda pity the girl because while she is confessing, Usui is looking at Misa-chan who is busy saving a bunch of boys from falling from the ladder they are on. 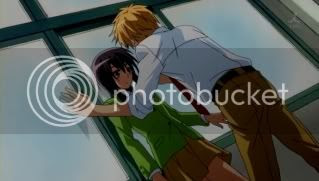 Because Misa-chan used her arms to stop the ladder from falling, she got bruises. It was not really obvious because it is being covered by her uniform but Usui knew it! He again cornered Misa-chan (Man, he likes cornering girls. Good thing he is  really CUTE!!!!) and asked her to take her clothes off! Hahahahaha. What he wants is to see the really big and swelling bruise. He treated the bruise and placed bandages. While they are on the clinic, Usui lectured her to keep herself safe and worry about herself first before going out and save people, especially that the person being saved are BOYS! Well, Misa-chan gave a very sweet reply by saying the she will not hesitate to save anyone, including USUI! Well, it gave Usui-kun the blush and yeah, I so love him!!!!♥ 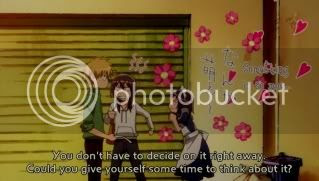 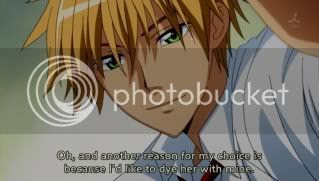 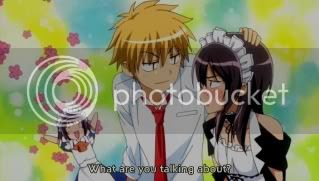 With the upcoming sentai maid event, the chief of the maid cafe asked Usui to choose what color Misa-chan should represent. And after thinking about it, Usui chose WHITE because Misa would always go with the path that she believes to be right and her personality shows that she wouldn't want other people to color her. But the sweetest and the best reason why Usui chose white is because HE WANTS TO COLOR HER WITH HIS COLOR!!!! Waaaaa....it's like an indirect confession of love to her. If a guy would tell me such words, I will really melt!!!!

Similar to what I am saying in my previous posts, I am really looking forward to see the confession episode between the two of them!?! Why can't they be just together??? What's taking everyone so long!!! I am getting a bit excited so a bit more (and award me with more time) and I will soon be hitting the manga.

Next episode is imouto day part 2 with a new character. OMG. So excited!!! More cornering Usui-kun!!!! Waaaaaa.
Served by xtine06 Time: 1:02 AM